While it is not possible to know what events will take place around Election Day, it is possible to know what conversations are emerging, which groups online are driving those narratives, detect where the landmines are for your comms and policy teams, and gauge the potential impact on customers, stakeholders, and brand.

Join us to review: 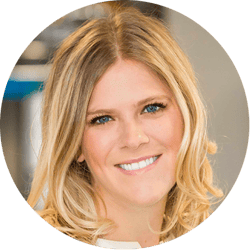 Annie Klomhaus is Chief Operations Officer at Yonder where she ensures the execution of the company's overall strategy. Annie leads our Client Success team who work with brand communications, public affairs, and crisis response teams to detect early signs of coordinated conversations and understand the online groups responsible for them — before they go viral or turn into a crisis on and offline. Prior to joining Yonder, she worked as a financial analyst and was the founder and CEO of Bellgray. Annie brings a cross-cultural approach to business informed by her experiences living and working in cities across the world including Hong Kong, Singapore, Washington DC, San Francisco, and currently Austin.

Jonathon Morgan is co-founder and Chief Executive Officer at Yonder. Prior to Yonder, he published research about extremist groups manipulating social media with the Brookings Institution, The Atlantic, and the Washington Post, presented at NATO's Center of Excellence for Defense Against Terrorism, the United States Institute for Peace, and the African Union. Jonathon also served as an adviser to the US State Department, developing strategies for digital counter-terrorism. He regularly provides commentary about online disinformation for publications such as New York Times, NBC, NPR, and Wired. 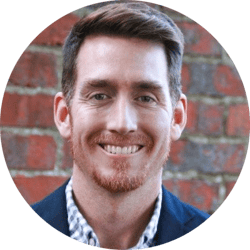 Ryan Fox is co-founder and Chief Innovation Officer at Yonder, a counter-terrorism professional, veteran, and intelligence expert. Prior to Yonder, Ryan served a 15 year career in federal service as a Corporate Officer at NSA. He led the design and development of next-gen SIGINT collection and analytic systems; including real-time situational awareness tools, and command and control capabilities. Prior to his civilian career, Ryan served under U.S. Joint Special Operation Command (JSOC), Computer Network Operator, and the U.S. Army’s first Digital Network Analyst. He has received the National Intelligence Meritorious Unit Citation, the Gold Nugget Award for Advancements in SIGINT Tradecraft, and the Deckert-Foster Award for Excellence in SIGINT Engineering.

Yonder leverages the AI of human psychology and network behaviors to detect online communities who organically come together around things they love or hate. These communities (we call them factions) are the force behind trends and news headlines. Through our network, image, and language analysis, brands can harness the potential of online influence.

Copyright © 2020 All Rights Reserved by Yonder