Preparing Your COMMS Team to Take on Today’s Unpredictable Internet

Wayfair had to deny conspiracy theories about child trafficking on its site. Peloton's valuation plunged $942M in one day after an ad went viral. GameStop stocks soared 400% when investors coordinated a short squeeze via Reddit.

This unpredictability is becoming the norm for brands today.

Communications teams are now expected to show up with answers to questions such as: Why is our brand suddenly trending? Why is our spokesperson under fire? Why are we being boycotted? Who’s behind it? How did this happen? Why didn’t we see it coming? What happens next?

Learn how modern comms teams are using social intelligence to know what’s coming day-to-day and make strategic decisions that mitigate risk and keep comms in control of the brand's story. 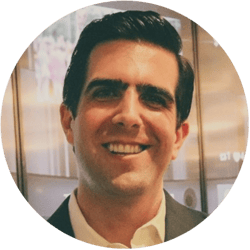 Daniel Neal is Director of media analytics and insights at AT&T where he oversees several of AT&T’s intelligence workstreams, including traditional media measurement and benchmarking, campaign reporting, competitive intelligence, real-time monitoring, and internal communication analytics and communications optimization. Prior to his current role, Daniel served as Chief of Staff to AT&T’s Chief Communications Officer. During this period, he was tasked with designing AT&T’s traditional media measurement program, following AT&T’s merger with Time Warner, Inc. 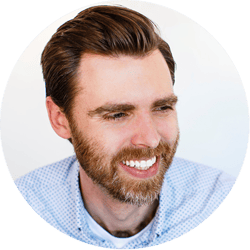 Jonathon Morgan is co-founder and Chief Executive Officer at Yonder. Prior to Yonder, he published research about extremist groups manipulating social media with the Brookings Institution, The Atlantic, and the Washington Post, presented at NATO's Center of Excellence for Defense Against Terrorism, the United States Institute for Peace, and the African Union. Jonathon also served as an adviser to the US State Department, developing strategies for digital counter-terrorism. He regularly provides commentary about online disinformation for publications such as New York Times, NBC, NPR, and Wired.
Copyright © 2020 All Rights Reserved by Yonder